Jonathan has a long and distinguished musical career.

His musical career commenced in Launceston, studying the organ and piano under Royland Jordan, and gaining his ARCM.  Having been accepted at the Royal College of Music, he studied choral training under Sir David Willcocks, organ under John Birch of Chichester cathedral, and theory and composition with Dr William Lloyd Webber. Whilst there, he was awarded the Parratt and Haigh prizes for organ performing.

After returning home and gaining his Fellowship of Trinity College of Music (again with Royland Jordan),  he was for many years Organist and Choirmaster of St Mary Magdalene’s Church, Launceston and was also the regular accompanist to St Joseph’s School Choir, Launceston.

He has broadcast on radio and television, is Musical Director of Launceston Choral Society. Diocesan Organ Advisor, Chairman of the Truro Diocesan Choral Union, and is currently the longest serving member of the Royal School of Church Music Cornwall Area, of which he is a former Chairman. Jonathan was elected a Fellow of the Royal Society of Arts in 1982. 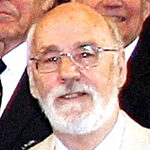 John joined Launceston Male Voice Choir in its first year, 1969, and has been a dedicated member ever since.  He has sung with many choirs over the years, including Launceston Choral Society, and is an organist and pianist. For over thirty years he was Organist and Choirmaster of Launceston Central Methodist Church.

In 2020 in recognition of his long service, John was appointed Musical Director Emeritus, and he now assists in various roles, especially with the musical assessment of new members, and supporting individual sections of the choir, where his skills are much appreciated.  For many years he also acted as the choir’s Librarian, looking after the ever growing collection of music of all types and styles.

Carole joined the Choir as accompanist in 1998. An experienced accompanist (and also organist) Carole worked with a number of other choirs before joining LMVC. Carole learnt to play with Muriel Wilson at Holsworthy, and has been a church organist for more than fifty years. Her skills are much appreciated and add an extra dimension to both practices and performances. 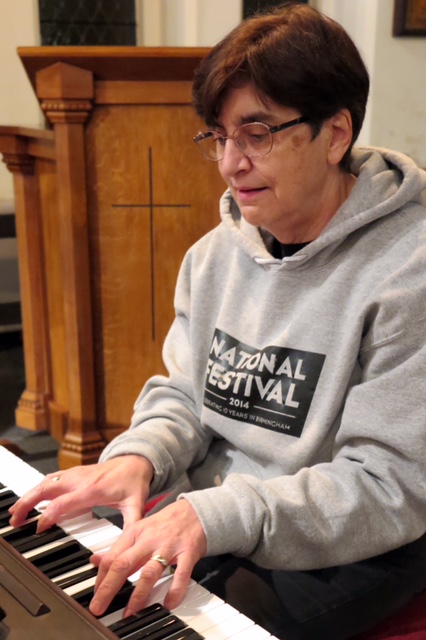 Since retiring from her long-standing role as Deputy Head and Director of Music at St Joseph’s School, Launceston, Lis has joined the musical team of LMVC, sharing the role of accompanist.  She trained at the Royal College of Music, and is also a fine ‘cellist.  Her considerable experience with choirs and her pianistic skills are highly valued by the choir, which she very much enjoys accompanying.

About Us
Our Music
Book Us

We use cookies on our website to give you the most relevant experience by remembering your preferences and repeat visits. By clicking “Accept All”, you consent to the use of ALL the cookies. However, you may visit "Cookie Settings" to provide a controlled consent.
Cookie SettingsAccept All
Manage consent

This website uses cookies to improve your experience while you navigate through the website. Out of these, the cookies that are categorized as necessary are stored on your browser as they are essential for the working of basic functionalities of the website. We also use third-party cookies that help us analyze and understand how you use this website. These cookies will be stored in your browser only with your consent. You also have the option to opt-out of these cookies. But opting out of some of these cookies may affect your browsing experience.
Necessary Always Enabled
Necessary cookies are absolutely essential for the website to function properly. This category only includes cookies that ensures basic functionalities and security features of the website. These cookies do not store any personal information.
Non-necessary
Any cookies that may not be particularly necessary for the website to function and is used specifically to collect user personal data via analytics, ads, other embedded contents are termed as non-necessary cookies. It is mandatory to procure user consent prior to running these cookies on your website.
SAVE & ACCEPT